The scenery is quite different here in New York. Stuck on the sweltering heat grid of Manhattan with millions of stressed out overheating New Yorkers.

I miss the mountains and the dogs and Hiro and a regular schedule of weeding the garden and feeding the silkworms. I suppose there is a kind of regular schedule manifesting itself the past three weeks….waking up and wondering which cool cafe to have my morning shot of caffeine at and which cool deli to have my lunch at and which cool place to have dinner at. After dinner the dilemma where to go for the best locally brewed beer here in the hyper hipster epi-center of the universe Williamsburg/Greenpoint  Brooklyn.

It is hard to admit to actually loving it here. The grass and mountains are pretty green on my side of the fence. New York is still pretty seductive even in the heat. 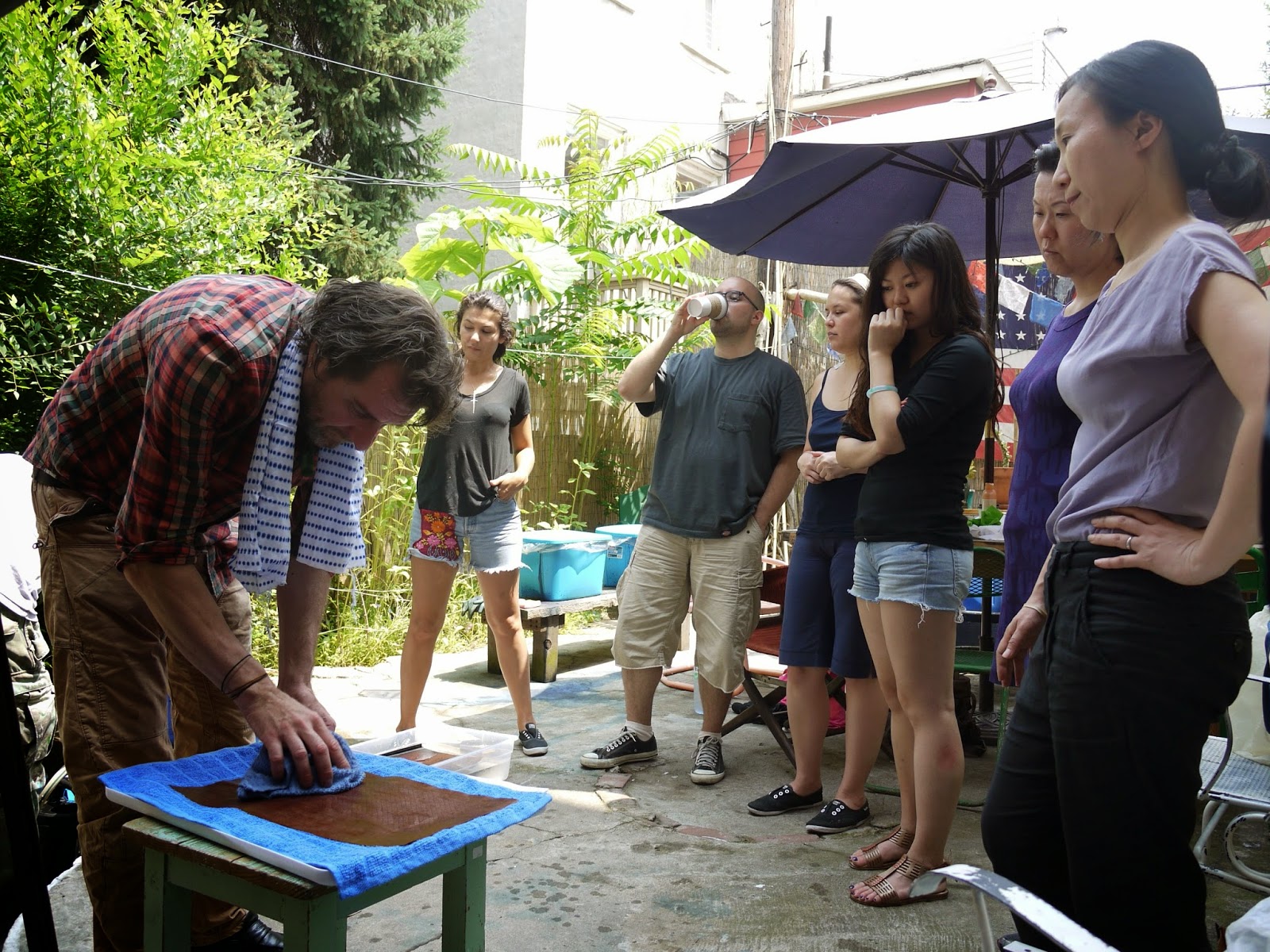 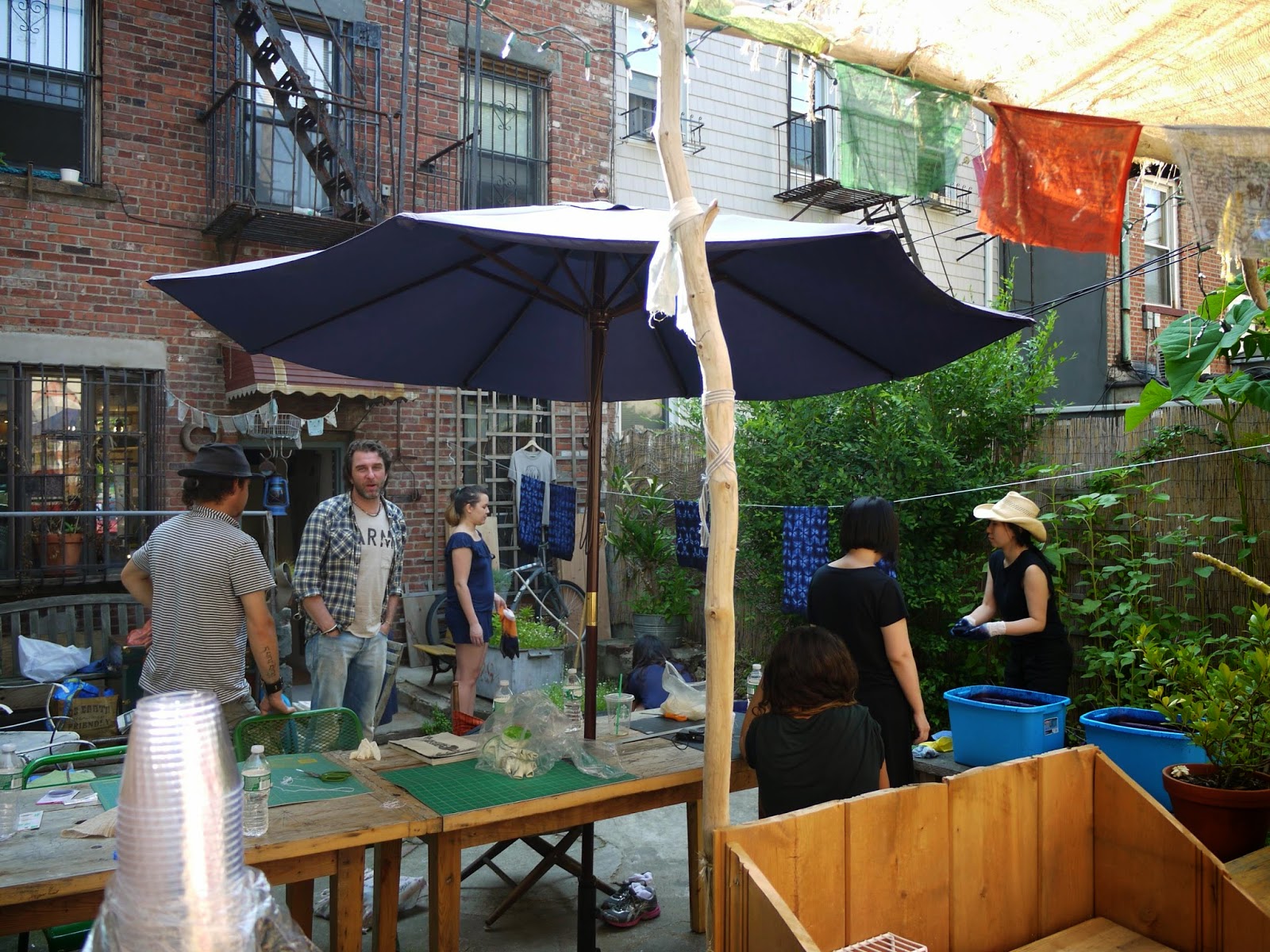 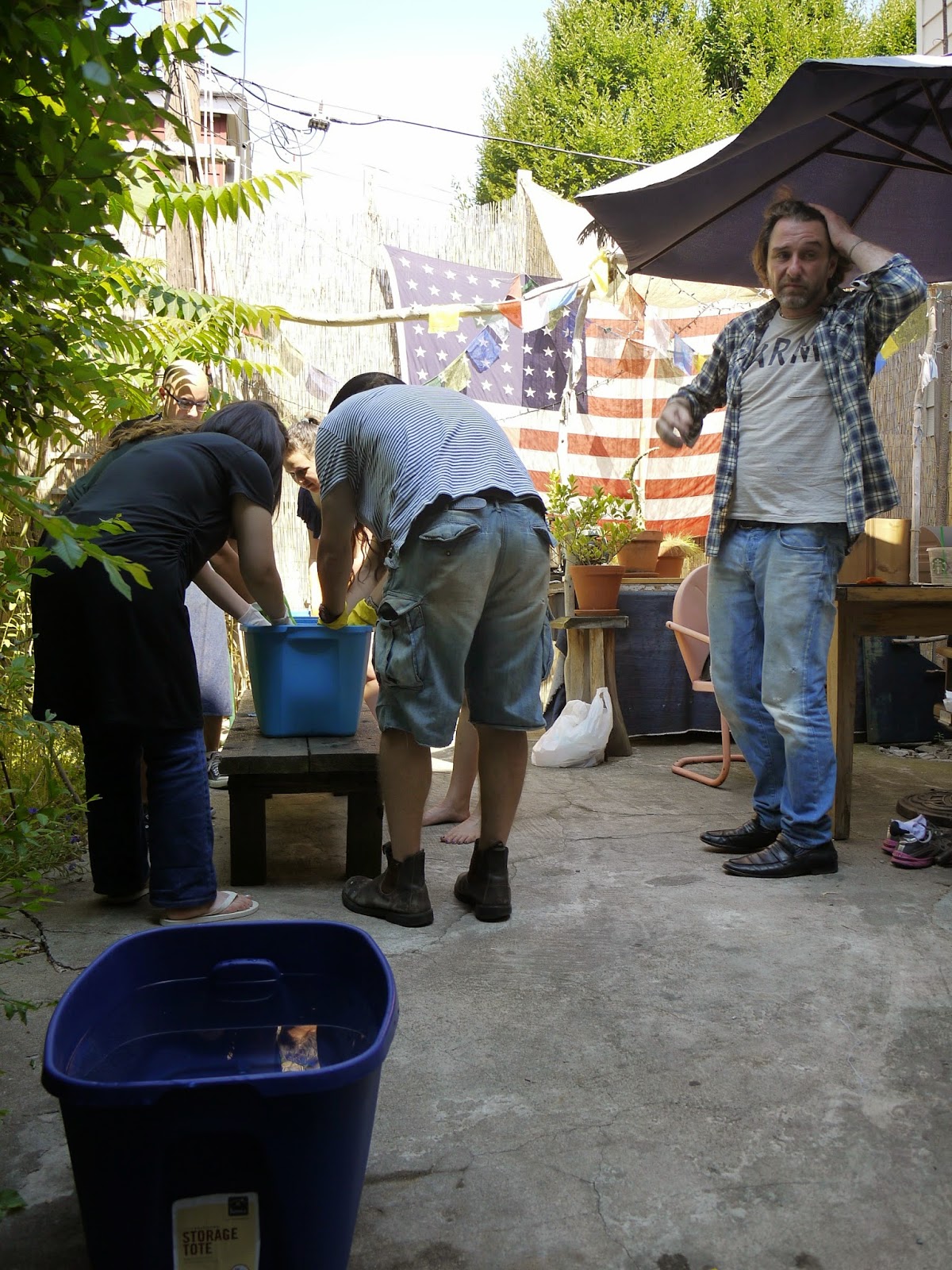 Silk babies to Cocoons. One month.

This year is the 16th that I have raised silkworms. For the past three years I've wanted to take a break.   The whole thing was more of a chore than before. To have the mulberry fields in good condition takes time and effort. The equipment sterilized and organized takes time and muscle power.

To raise the silkworms themselves takes a month. From cocoon making to breeding the moths for the next season takes a few weeks. Reeling the cocoons into threads takes a week of solid reeling and throwing. The thread from the last five years has just been sleeping in a box upstairs. The last umpfff to dye it and weave it just hasn't been accessible. There has been too many other things on the burner with carpentry work and teaching.

Enthusiasm was waning and I was one step away from....." I used to raise silkworms and reeled the silk into thread and wove it for 15 years but I quit."

I found the time and energy to do it this year. Although the mulberry wasn't perfectly branched and the trays could have used a dip in the river all turned out well. There was a group of students at the house and some of them were able to see steps from the eggs hatching until the cocooning.

The entire intricate process was what interested me at first. The history and beauty of the silk was hypnotic. Nothing new was going on the past few years. The nostalgia of the process is all that kept it going.   I've made a lot of things from the silk in the past. Some good some not so good. A few brilliant pieces. (No false modesty here.) Now is the challenge to make something more satisfying. That will take some serious focus time. To take time with a clear head to make the threads and dye them to perfection and weave them with care. The right balance of everything.
To make double cocoons, (two silkworms in a single cocoon) I keep fresh newspaper under the boxes and when I hear and see a silkworm pee (They pee once when they have completed the rough outline of the cocoon they stick their butt out and get ride of the extra water that did not make it into silk.) it is taken out of the box and then introduced to a friend in another box and cover it in glass forcing the two to make a single cocoon. This takes forever.  (And is a tad on the gross side.) The double cocoons produce a shiny slightly slubby thread when reeled. I'll use it for every second warp thread. The single cocoons will be reeled for part of the warp and weft. I'll melt one thousand of them in an ash lye solution and spin them for most of the weft.   There is a lot of work ahead. The beautiful perfection of kimono design was obvious with Mark and Gwen's and Dillon's and Sana'a and Melody's kimono they stitched last week. I haven't sewn one in years and want to get back to that kind of work.

Eggs hatching and being brushed off: 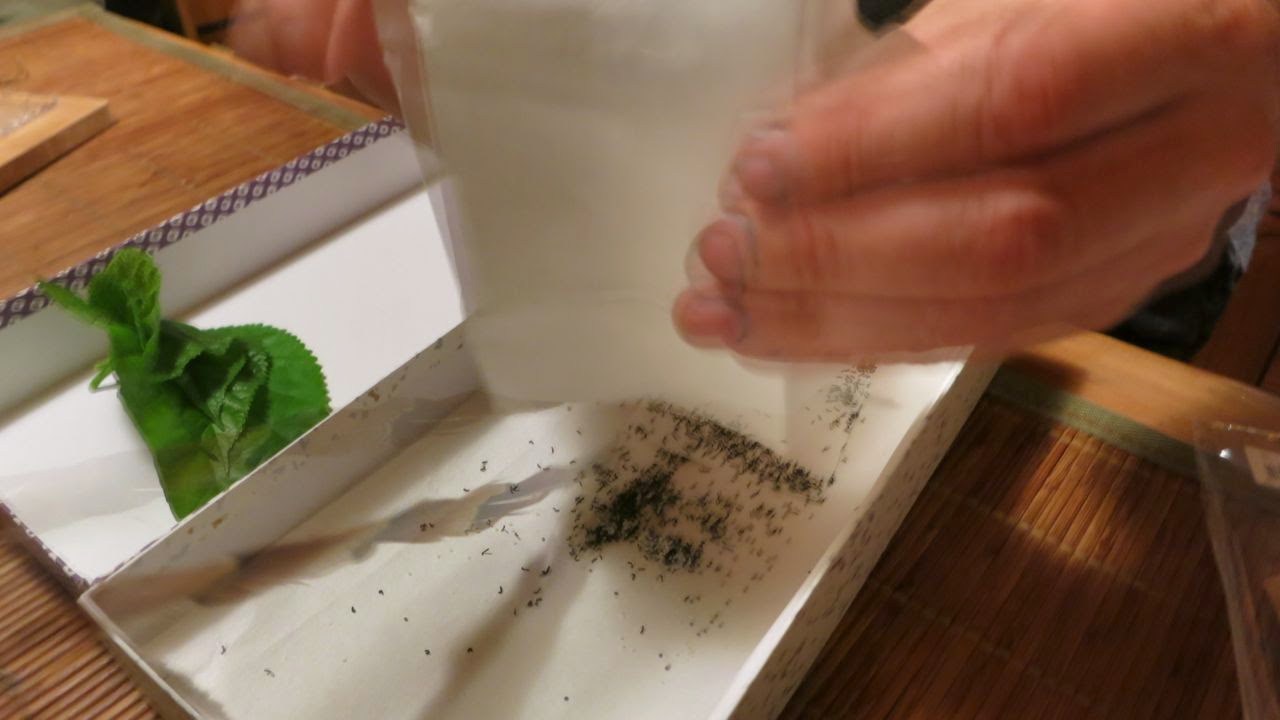 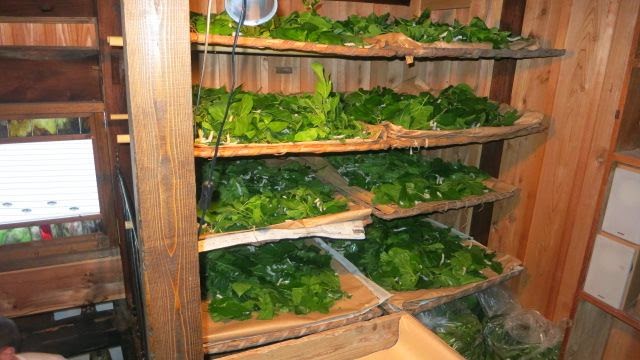 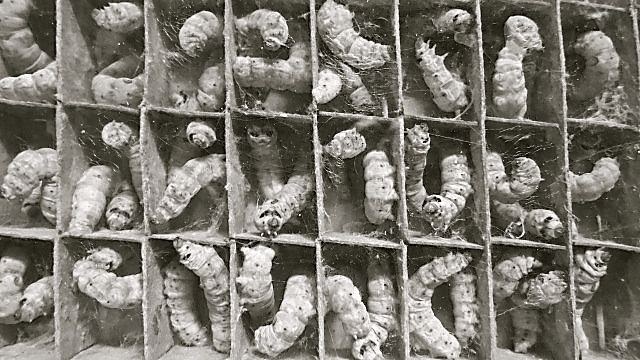 Time has just melted together. Where did the past five months go? It was just yesterday that we were dealing with the snow. 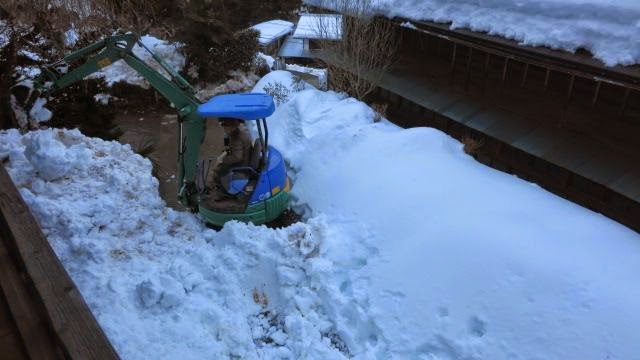 It is hard to imagine that this monsoon garden was sleeping under all that.

I an official Japanese farmer. I hear there are only a few of us non-Japanese certified here. I've been raising indigo and silkworms (growing mulberry) and 2000 square meters of green tea for many years now. The government officials came a few weeks back, checked me out and I received the certification a week later.
I received this t-shirt to commemorate the occasion.


I never managed to grow a full field of indigo last year because of other obligations. The field is fully planted this year and growing well. The first harvest will have to wait until I'm back from working in New York in July. It should be a bushy 75 centimeters tall by then.  I used a generous amount of chicken and pig manure this year and the indigo is grateful. 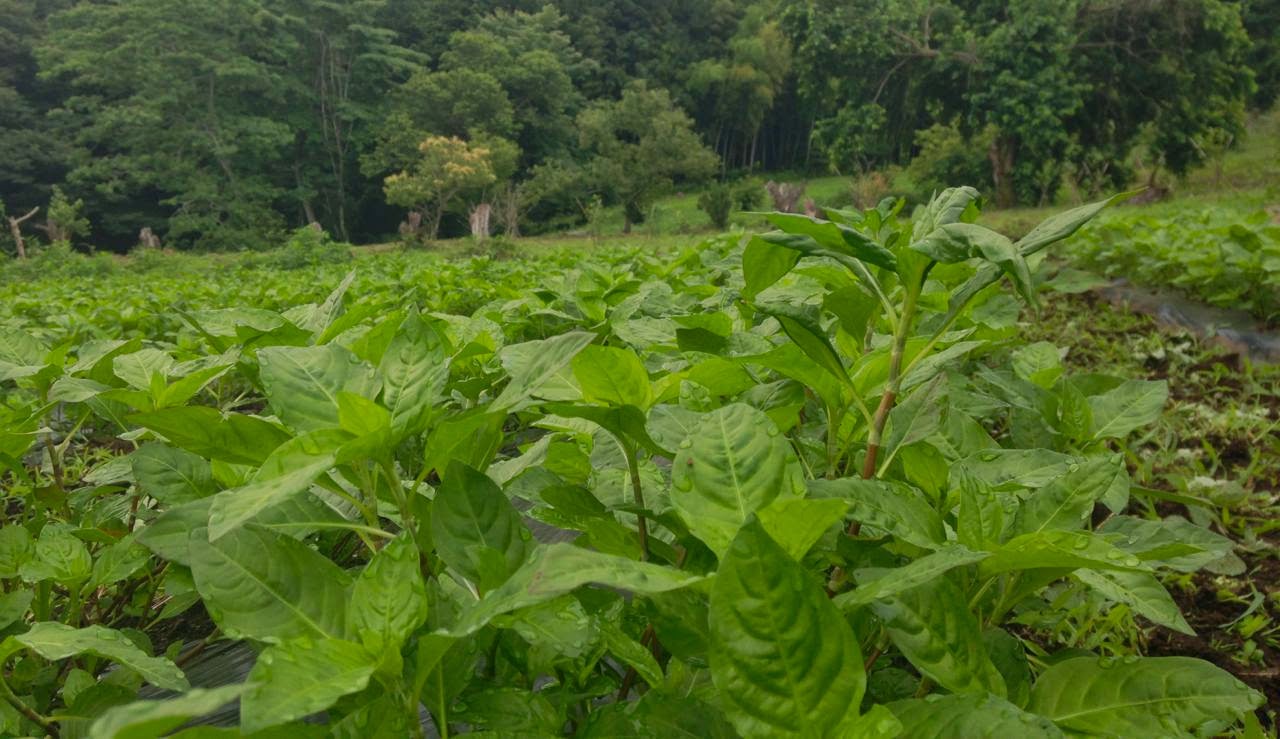 The days are packed with activities at the house. Up at the crack of dawn with Mark gathering mulberry for the silkworms. 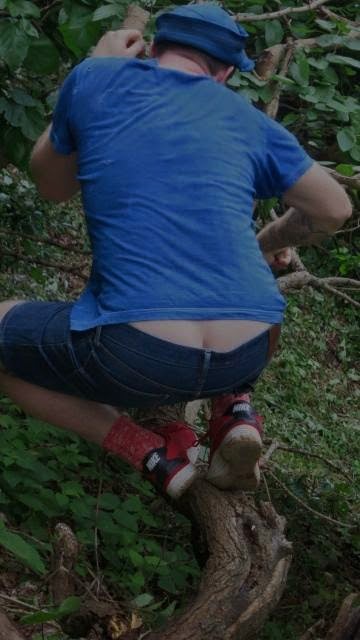 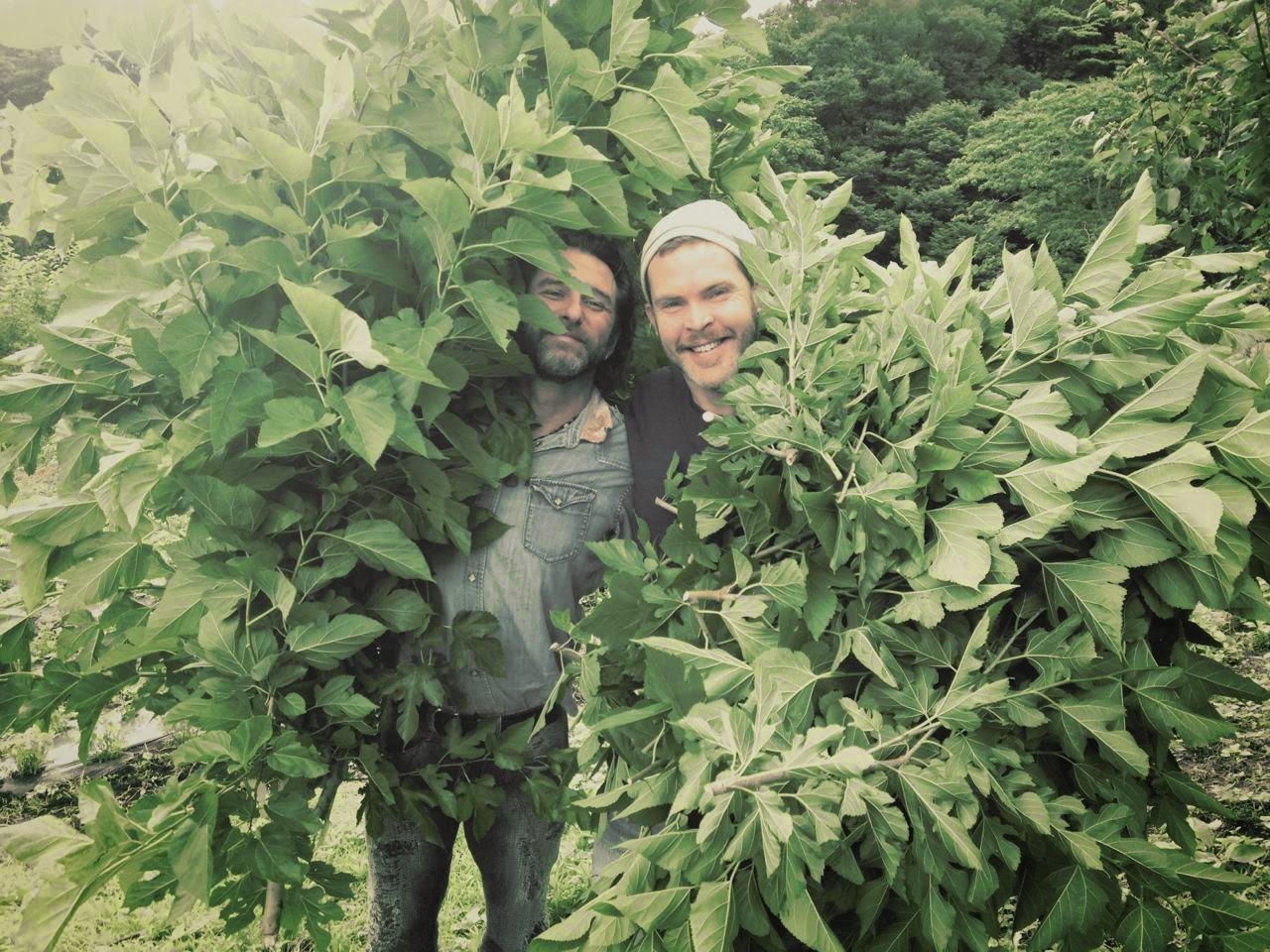 Yazaki san is teaching Gwen, Mark, Sana, Melody and Dillon to sew kimono upstairs next to the munching silkworms. They cut their stencils, dyed the fabric in indigo and started sewing them the next day. I am so proud of them.
These guys are so proud of their hand stitched work. Mark made a denim kimono to wear to his brother's wedding in Ireland this summer. It will be cool paired with his family tartan kilt. 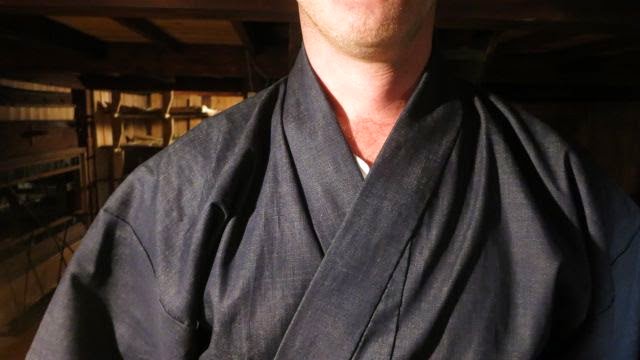 Melody and Sana cut these stencils like honey badgers. So much talent around the house this rainy season. 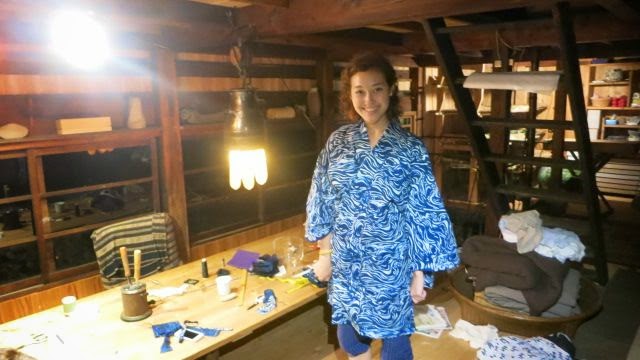 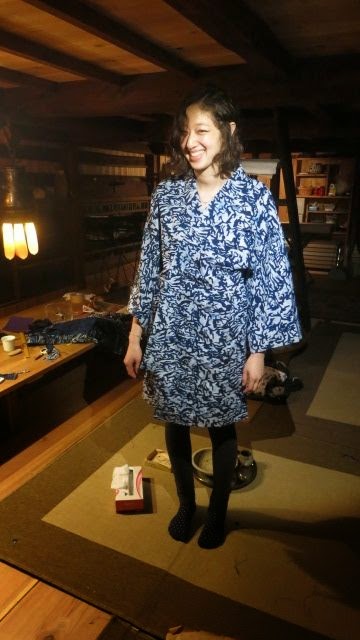